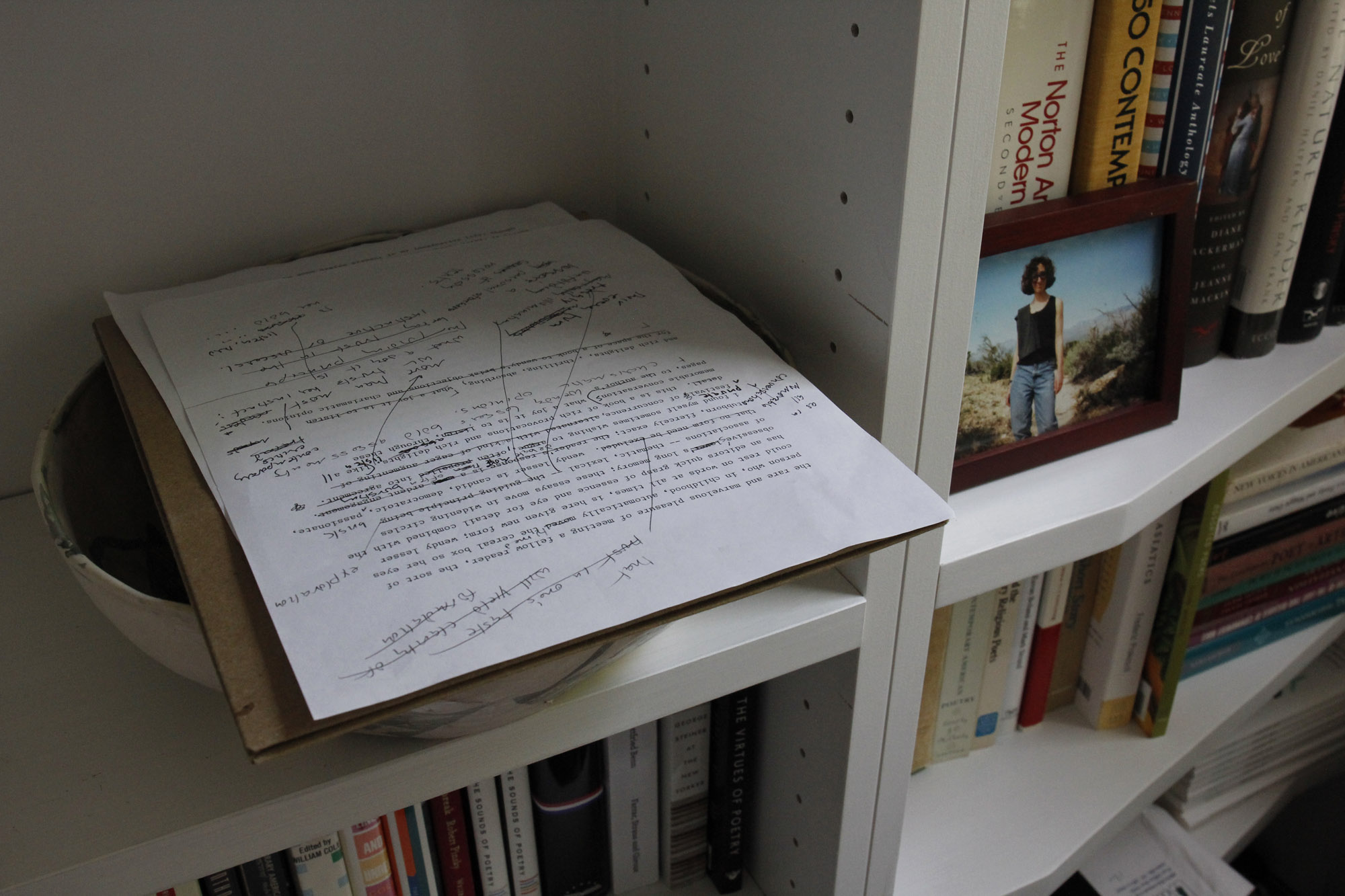 "But if these manuscripts are being screened by people whose aesthetic judgment you question, you don't know what you're getting. So I asked to see as many as possible with the understanding that nothing would be thrown out until a winner was chosen because if I didn't find a winner in a hundred manuscripts, I was going to see the next hundred."

"I send them a typed script, which is kind of harrowing because then I have to proof the digital and be sure there haven't been mistakes. And there are always huge mistakes."

"I've been writing since I was a child. And I had a very high opinion of my early work, so I was sending books out to publishers in my early teens."

"The shape has always been periods in the desert—you know, without language—and then work. After I was 50, most of my books were written very fast. Like in six to eight weeks."

From interview section 7, "Evolution of Style and Identifying Tics"
0:57:50

"I thought it was suicidal to do. Most of my life, I was repelled by it in principle. The idea of doing it myself was horrifying. I mean, I never read my old books. I have no reason to."

"So I have a whole bunch of these eerie notebooks, and I realized that it was working kind of well. Once I started working on the poem, then I would work on it the way I always had. Only a lot of it was longhand, and the lines were getting differently shaped."

From interview section 9, "On Faithful and Virtuous Night and Writing Longhand"
1:08:12

"I read garden catalogues and listened to Don Giovanni for two years, and I thought, 'I'm brain dead. Of course I can't write.'"

"You start seeing these weird overlaps and resonances and echoes that you hadn't planned. Proofing my new book, I see the strangest parallels and language recurrences."

From interview section 11, "Knowing When It's Finished (Assembling Manuscripts)"
1:26:32

"Often, you can take out everything that's weak and transitions that are obvious, but what you've then wrecked is the feeling of duration—the poem has become too brisk, and needs to have a feeling of more languorous unfolding."

"Sometimes, you'll feel these poems—if they're ever going to be understood by anyone—will be understood by X. And you're usually right—when X says, 'This won't do,' you trust it, because the person is basically on the side of the work."

"It was a sense of how, sort of slovenly, handwriting became form. I don't get that on the screen. I don't see lines on the screen quite the same way, and I don't feel as though I'm making the letter."

"Louise Glück does not use a computer. For her, the transition between physical and mechanized drafting is neither linear nor chronological. Earlier in her career, she composed poems on a typewriter--and from there, the shift was not from typewriter to computer, but rather back to..."

Louise Glück (born April 22, 1943) is an American poet. She was appointed Poet Laureate Consultant in Poetry to the Library of Congress in 2003, after serving as a Special Bicentennial Consultant three years prior in 2000.